The Volcanic Terceira Island in Azores

Terceira it's an amazingly beautiful Azores Island. Find out some things about Terceira before you travel there!

It is one of the nine Azores Islands and was the third to be discovered. Can you guess which is? That’s right! Terceira Island! Located in the most eastern point of the five islands of the archipelago central group, the second most populated and its capital Angra do Heroísmo is the most important city of this island.

This island has varied range of activities to offer you like: water sports, paragliding, hiking, biking, horse and donkey riding and even the possibility to get to know the amazing volcanic caves. If you’re not a big fan of these mentioned activities we can always choose a relaxing golf game. 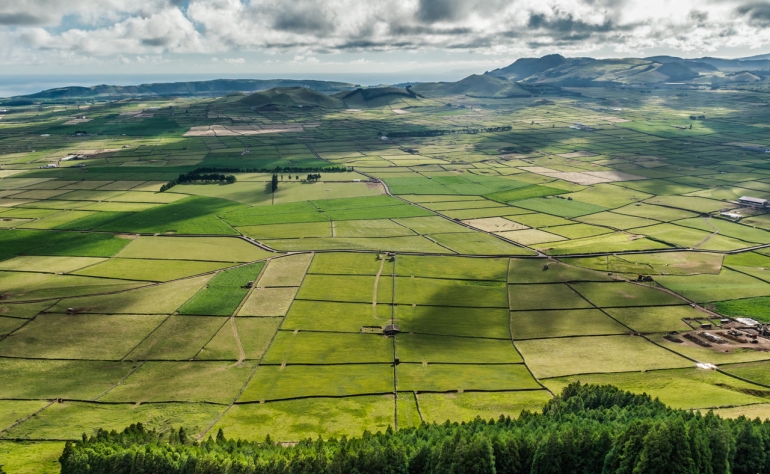 Besides being the perfect destination for all sorts of activities has another incredible advantage, its incomparable beauty (given by Mother Nature) that fortunately is a common to every Azores islands. Are you ready to start our tour through Terceira Island?

Terceira and Its Capital World Heritage Site: “Angra do Heroísmo”

To start talking about “Angra do Heroismo” we need to go back and explain (as we promised) the reason behind the name of Terceira Island. Any guess?

Let’s explain then… the first name of the island was Jesus Christ Island, however the name was rethought. After considering that this was the third island discovered by Portuguese navigators, after Santa Maria and São Miguel. So the island was renamed as Terceira, in English it means The Third.

Following the name of the island was important to elect one city to be the capital. Concentrating in itself the political, economic and religious power to manage the island. In the case of Terceira, the city that over time gathered that power was “Angra do Heroísmo”. That was eventually chosen to became Terceira’s capital. 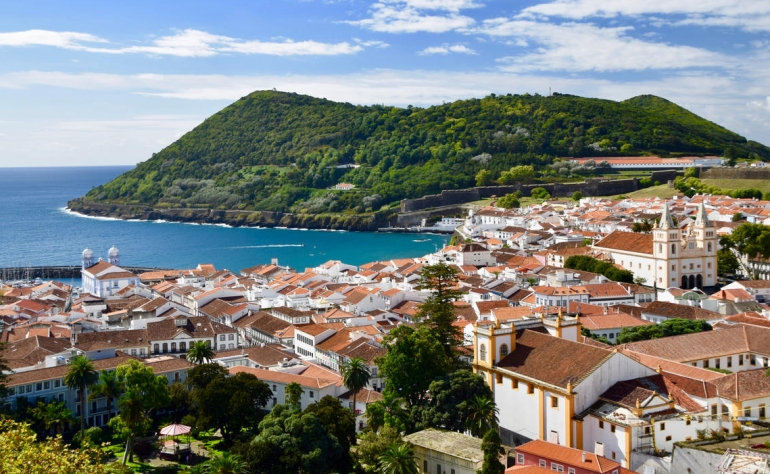 For all this reasons, in 1983 UNESCO recognized its Historical Center as World Heritage Site - was the first city of the country to be in UNESCO’s list - which reflects its historical and cultural importance.

Visiting Angra do Heroísmo you will realize that this city gathers in itself a rich architectural heritage, one of the best Public Libraries and Archives in Portugal, countless chapels which witness the popular devotion and an historical past that cast it in what it is today. In addition to all of this has an spendid natural beauty and the craft that gives it identity. The best thing is to see all of this paradise with your own eyes. Our wise tip!

Do you know that Terceira is the island that has the larger area of native forest in the archipelago? It’s true…Let’s start with a visit to the “Caldeira de Guilherme Moniz”, an crater of Volcano Morião. Located where once were the greatest water reservoir of the island, that long time ago was covered by the lavas from the eruption of Algar do Carvão Vulcano. And since that it has passed about two thousand years.

So, what once was all green (the interior part of the island) changes its colours to a more purple one, because of a very common flower (hortênsia) of this place and also because of the buildings facades (mainly in Angra do Heroismo).

The volcanic activity left behind authentic master pieces with peculiar, spectacular shapes and over time the accesses were built to easily and in security, allow people to visit this natural monuments. Here we highlight: the “Algar do Carvão” (Coal Algar), the “Gruta do Natal” (Christmas Cave) and the “Furnas do Enxofre” (Sulphur Furnas).

But from the top of the mountains and hills, at viewpoints strategically positioned, we can absorb the volcanoes immensity and understand how man has shaped them. 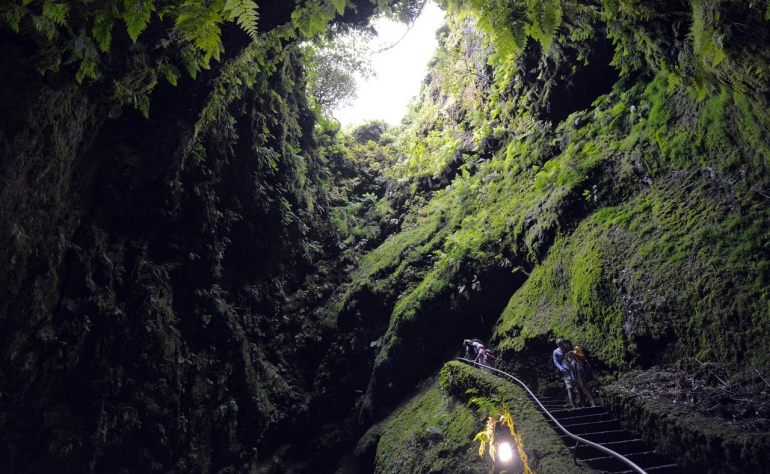 To end our volcanic tour the best way possible we must enjoy breathtaking landscapes to never forget. For that purpose, we can go up Brazil Hill, an ancient volcano that emerged from the sea, then to “Serra do Cume” (Cume Hill) and finally we will peek into “Miradouro do Facho” (Facho viewpoint) which offers a panoramic view over Vitoria Beach and everything around. But remember: there is an endless list of sites that can offer you such wonderful views.

Now, are you ready to really go there? Believe me you will not regret it! People and their accent are adorable and will receive you with a warm welcome and because - as I’m sure you have heard somewhere - one image worth more than a thousand words!

Inês has a Licentiate degree in Tourism. Her itch for travel began with her love for cruising the Douro River. Working for several years in Douro Booking Departments, she knows just how to make our customers happy and she is always helping them to find the perfect itinerary. She is friendly and a great travel advisor.